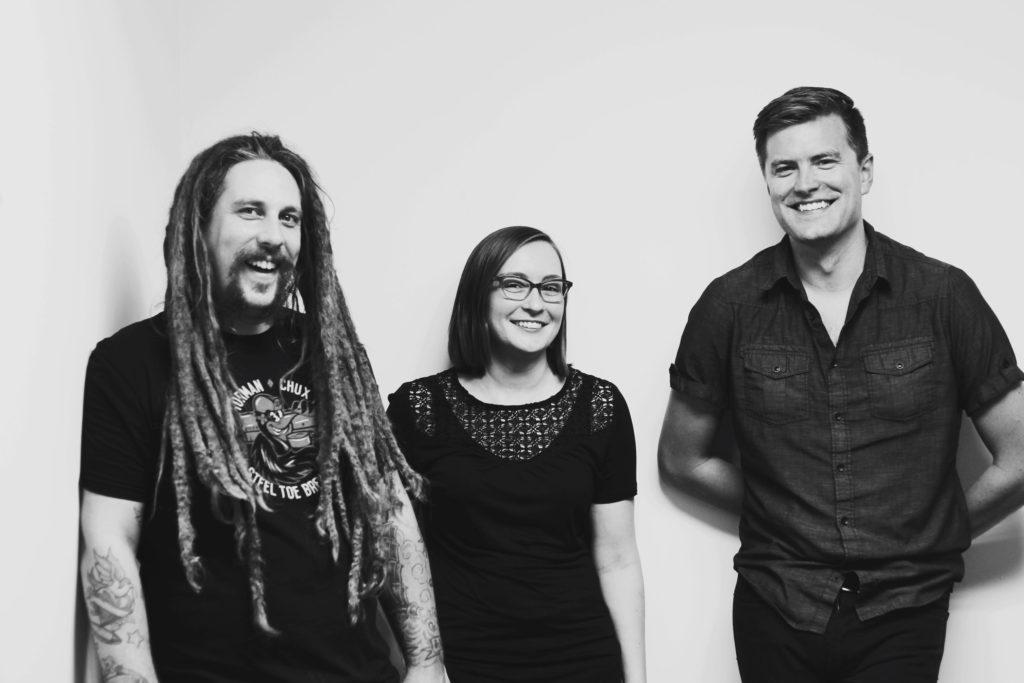 Ian Valor & The Vendettas are a rock band based in the Twin Cities.  The band was formed in 2017 and consists of Ian Valor (guitar/vocals), Jeremy “Mel” Melzer (bass) and Sara Horishnyk (drums).  They deliver their own style of kicked up, old school rock’n’roll with heavy dustings of rockabilly, punk and blues.

“When the cops showed up to shut down practice, I thought we were screwed,” says Valor, “We didn’t even have a drummer yet! It was only going to get louder.”  Starting out as a Misfits cover band called “The Misprints”, the group would meet after work in the back room of a St Louis Park screen print shop to play.  Valor was writing songs on his own, recording the instruments and doing vocal takes in his car.  “Turns out, when you’re screaming in a parked car by yourself at night into a microphone with headphones on, people look at you funny,“ says Valor. “They probably thought I was trying to talk to aliens.”  The resulting EP, Now Will Be Here Soon, laid the foundation for the new, heavy sound the band is going for.  They are currently working on their full length album and still pissing off the neighbors.

Full bio and more at: