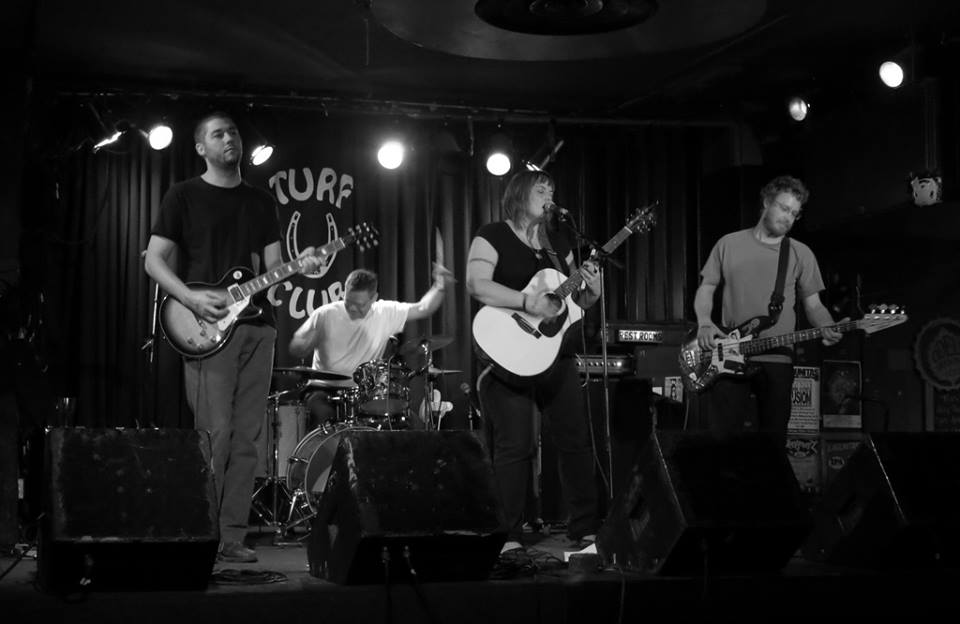 Niki Becker is an indie-folk, pop music inspired singer/songwriter. Becker and her band merge her love of folk and rock music by having layered electric guitars and powerful drums lay the foundation for her acoustic guitar to dance around on. She colors her playful, yet honest lyrics with vocals that are strong, sweet, and sometimes haunting.

Born and raised in rural Minnesota, Niki made frequent trips to Minneapolis to explore the city and take in her favorite bands that would come to town. Inspired by the country music of her childhood and the rock music of her teen years, she took these influences to heart when she began writing her own songs. Taking the stage for the first time in 2010, she quickly began booking her own shows and recording her debut album Good, released in October 2010.
Since then, Becker has released two more albums (2012’s Sea Salt and the EP Intermission in 2013), made the Honarable Mentions list for Vita.MN’s 2013 Are You Local? contest, played festivals around the region (Stone Arch Bridge Festival, Mid West Music Fest, Keweenawesomefest), and is currently working on her next release with her band: lead guitarist Shawn Davis, bassist Bart Boutwell, and drummer John Crist.
Niki can be found playing in rock venues with her full band, taking the stage solo with her acoustic guitar, or joined by her lead guitarist and/or two new backing vocalists: Laura Borgendale and Colleen Borgendale.
Press Quotes:
“…her songs are heartening, sweet, a little sad, and delightful” – l’etoile magazine
“…her crisp voice and thoughtfully arranged indie-pop should please fans of Rilo Kiley” – Vita.MN
Official Website